Fox fired a 2-under 70 taking him to a third round total of 11-under the card and a two shot lead ahead of Matthew Miller of the Australian Capitol Territory. 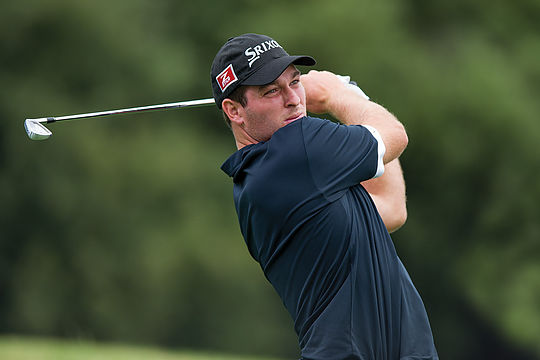 “I had a couple of bad breaks early but most of the day was pretty good,”

“To get that two iron off most tees and keeping the ball in play, that is what I did very well.”

Even through the weather became a little challenging throughout the day, Fox felt the conditions of the course suited his game and is enjoying all that the Huntingdale Golf Club has to offer.

“It got pretty tricky out there this afternoon when the breeze got up, but I’ve played a lot of golf in Melbourne and love playing the sandbelt courses.”

While Fox didn’t want to preempt the idea of a win, he is certainly excited to be well placed heading into the final round.

“I’d love to win, but it’s just great to be in contention,”

“We’ll just see what happens, if I can keep doing what I’m doing I should have a good chance.”