The All-Northern Ireland pair will face the Americans Jim Furyk and Brandt Snedeker. 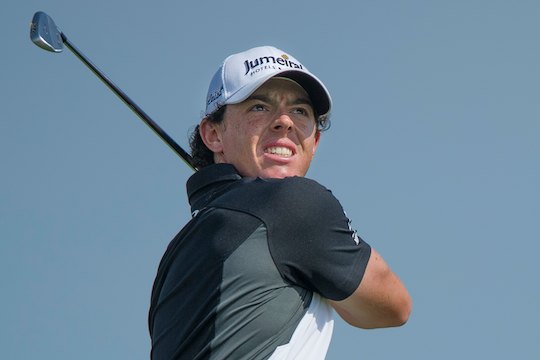 “We like the way both of them have been playing of late and even though I don’t know where Jim is from I trust him a lot out there on the golf course,” said Love after saying the introducing Furyk as coming from Sea Island, Georgia when in fact he lives in Ponte Vedre, Florida.

In the second match on the first day Luke Donald and Sergio Garcia will tackle Phil Mickelson and Keegan Bradley.

“It’s great to have Sergio back in a European Ryder Cup team,” said Olazabal.

“He brings a lot of spirit to the team and actually I know he tried really, really hard to be here on this team because it was no fun being a vice-captain at Celtic Manor.”

Out in the third match will be Lee Westwood and Italy’s Francesco Molinari up against Jason Duffner and Zach Johnson.

“It’s the third Ryder Cup for Johnson but while it’s a first for Jason, he’s a tough competitor and we thought this is going to make a great team,” said Love III.

And in the fourth Foursomes match of the morning Steve Stricker and Tiger Woods will face the all-England duo of Ian Poulter and Justin Rose.

“Ian and Justin know each other very well and they know how to face each opponent and they are ready for it,” said Olazabal.

For the USA Team Matt Kuchar, Bubba Watson, Dustin Johnson and Webb Simpson also will not play in the morning