The Ryder Cup is set to be contested for the first time in France from 28 September and Team USA are primed to collect its first ‘away’ victory since they brought the Ryder Cup home from Europe in 1993.

Two years after defeating Europe 17–11 at Hazeltine, the USA is heavily favoured to retain the Cup in France. The Americans have nine of the world’s top-15 players, plus Phil Mickelson and Tiger Woods, giving them their biggest edge since the early ’80s. 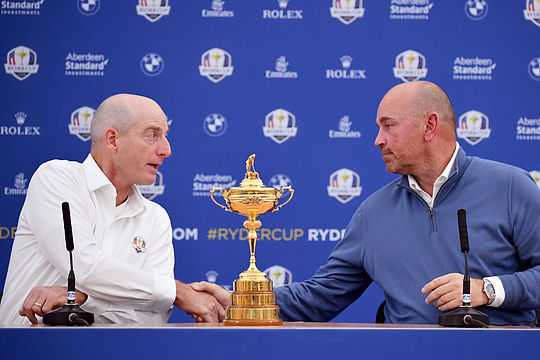 Brooks Koepka – winner of the 2018 US Open and US PGA championship, Masters champion Patrick Reed, Tiger Woods – resurgent after an extraordinary recovery from injury and the winner of 14 majors, Jordan Spieth – 3-time major champion, Dustin Johnson – world No.1 and former US Open champion, Justin Thomas – the 2017 US PGA champion and 2017 PGA Tour Player of the Year, Bubba Watson – two-time Masters champion, Phil Mickelson – playing in his 12th Ryder Cup and back in the winners’ circle at the ripe old age of 48, Bryson DeChambeau – 4-time PGA Tour winner in top form, Rickie Fowler – one of the most natural talents within the game, Webb Simpson – former US Open champion and Tony Finau – one of the most consistent players on tour this season.

Between Team USA there are 31 majors titles compared to Europe, who has eight and four of those were won by Rory McIlroy.

Team Europe is not without issues.

There are many who question why a wild card was given to Sergio Garcia, a player who has been spectacularly out of form all year. Paul Casey, another who is not fully fit, started the season well but recently has not shown much form.

Henrik Stenson remains one of the most formidable competitors on tour, yet has not shown much spark lately. And there are questions over how rookies Tyrrell Hatton and Thorbjorn Olesen will react to the pressure of the hype that follows Team USA.

Yet on paper Europe has plenty of firepower.

Francesco Molinari has had a stellar season, during which he won the Open Championship. Justin Rose has been a multiple winner this season on tour and Tommy Fleetwood won the 2017 French Open at Le Golf National so he knows the course and he loves it.

Rory McIlroy always seems to find a way to raise his game come Ryder Cup time. Jon Rahm will be making his debut but has the game to compete with the world’s best. And it is difficult to regard Alex Noren as a rookie, even though he is, the Swede is a seasoned campaigner who has proved himself at every level along with Ian Poulter.

The Ryder Cup never seems to disappoint as a golfing spectacle, then again put 24 of the world’s best against each other and you are bound to see egos, passion and of course quality golf.