South Korea’s So Yeon Ryu takes a three shot lead into the final round of the Australian Ladies Masters being played at the Royal Pines Resort on the Gold Coast.

Ryu is at 20-under-par after rounds of 66-61-69 with Netherlands Christel Boeljon in outright second at 17-under-par. 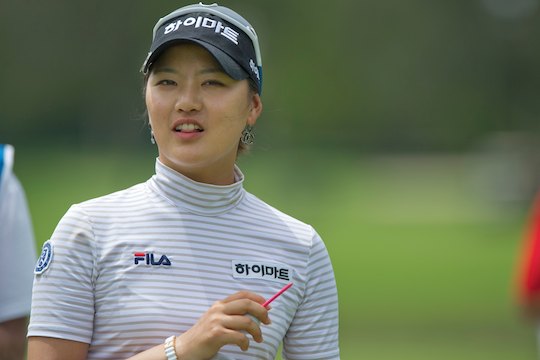 Ha-Neul Kim and Italy’s Diana Luna are in a tie for third position at 15-under-par with Frances Bondad the best of the Australians in fifth position, seven behind Ryu at 13-under-par.

Bondad, a former Australian Amateur champion and a regular on the Ladies European Tour birdied her last five holes to move up the leaderboard.

Nikki Campbell is the remaining Australian in the top-10 moving into the final round to be in a tie for sixth position at 12-under-par.

Seven-time champion Karrie Webb is not playing this week and will start her 2012 season next week at the Australian Open at Royal Melbourne.