The men’s field features 8 of the top 20 ranked Australian players, spearheaded by two-time national ranking winner Harrison Endycott (pictured) who is coming off wins at the Lake Macquarie Amateur and Riversdale Cup. 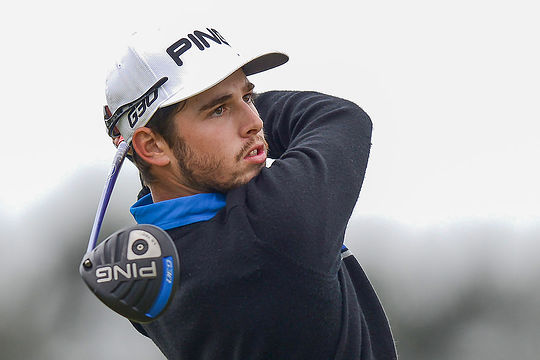 Endycott will be challenged by Curtis Luck and Travis Smyth along with young guns Fred Lee and Min Woo Lee. Lee won the WA Amateur in March and Srixon Junior in July 2015 and Min Woo the Aaron Baddeley Junior International in San Diego in December.

New South Welshman Blake Windred is another to follow after top-10 finishes at the Riversdale Cup and the New South Wales amateur. Windred has broken through from the junior ranks capping off winning the Jack Newton International last October and is primed to bag a national ranking event title.

Last year’s winner at Royal Adelaide was Antonio Murdaca who finished at 11 under. Murdaca fired rounds of 70, 70, 67, 70 to win by seven strokes. Murdaca turned professional in October 2015.

The 2016 Rene Erichsen Salver also boasts a quality line-up with 18-year old Robyn Choi currently ranked 4th nationally having a strong finish to 2015, winning both the girls and Women’s Queensland Amateur Championships and should be right in contention.

The challenges will come from NSW duo Chizuru Ueda and Sophie Cusack who are nationally ranked seventh and ninth respectively. 18 year old, Oliva Kline from Victoria is another to watch and has winning form at Royal Adelaide over 72 holes, winning the 2015 SA Junior Masters.