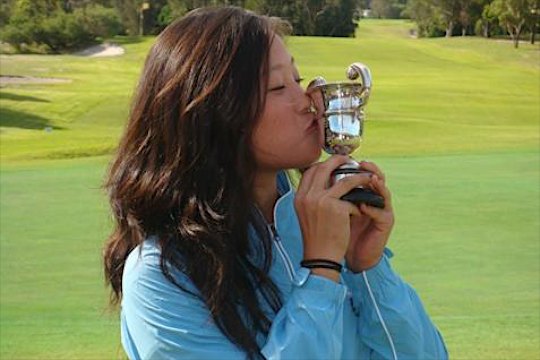 “I’m so excited to win this,” Santoso said.

“I didn’t know what the score was coming down the 18th so it was a great thrill to find out I’d won,” she added, after sinking a 50 foot putt for birdie on the 18th.

Santoso was a quarter-finalist at the Srixon Australian Amateur in March and said she is pleased with how her game is progressing.

“I feel like my ball-striking is more consistent now and my putting has improved which has made a difference,” Santoso said.

Western Australia’s Hayley Bettencourt finished in a share of second with Dougan at 2-over par.

Queensland’s Zoe Field finished in outright seventh at 6-over par.