Yuka Saso birdied the third playoff hole to beat Nasa Hataoka on Sunday and become the second teenager to win the US Women’s Open after Lexi Thompson collapsed over the closing nine at Olympic Golf Club in San Francisco. 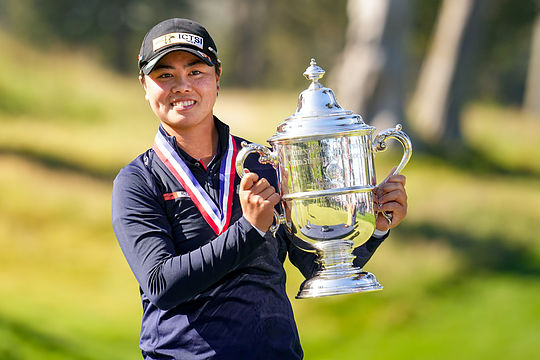 Thompson, the 54-hole leader, was five strokes ahead of her closest pursuers with 10 holes remaining, only to play the final eight in 5 over par, including consecutive bogeys on 17 and 18 that left the 26-year-old American with a final-round 75, one stroke shy of the playoff between Saso and Hataoka, who finished regulation play at 4-under.

It was another final day disappointment to go with her US Open performance in 2017 when Thompson was penalised four strokes during the final round for misplacing her marked ball the previous day and lost in a playoff.

Sunday’s implosion left her winless in 15 attempts at the US Women’s Open since first competing as a 12-year-old in 2007.

Immediately after her victory, Saso accepted LPGA Tour membership with the new champion earning a five-year exemption. She is the 21st player to make the US Women’s Open title her first LPGA Tour victory.

In the five US Opens held at The Olympic Club only four players combined finished the championship under par. Billy Casper and Arnold Palmer in 1966, and Scott Simpson and Tom Watson in 1987. This week, five women finished 72 holes better than par.

The fifth hole wound up being the most difficult hole on the course, averaging 0.49 strokes over par and yielding just 33 birdies all week. Saso played the hole in 1 under par for the championship.

Australians Minjee Lee (14 over) and Hannah Green (17 over) both shot four-over 75s and finished tied 54th and 62nd respectively.