It’s been a rocky road for the Saudi International. Launched in 2019 as a European Tour event, the tournament immediately attracted worldwide criticism due to Saudi Arabia’s controversial history of human rights violations.

Despite the large appearance fees and US$3.5 million prize money, many golfers were reluctant to play the tournament for fear of upsetting sponsors and fans. The European and PGA Tours also came under fire for being associated with the oil-rich Kingdom. 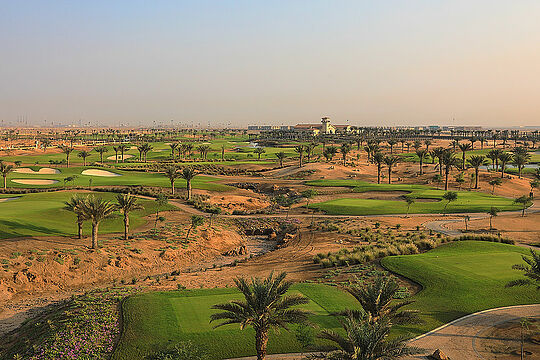 With the world’s two leading golf tours signing an agreement to work more closely together, the Asian Tour, which has been on hiatus for almost 18 months due to COVID-19, no doubt saw this as an opportunity to align themselves with a country that has the endless cash reserves they need to fuel their future.

“Today marks a significant development for our flagship golf event and our vision to strengthen the depth of world-class golf events, both in the GCC and also on the international stage,” said Majed Al-Sorour, CEO of Golf Saudi.

“The importance and potential of Asia’s role in world golf is undeniable, not least due to its position as a global economic powerhouse. This partnership will unlock many opportunities for players, sponsors and fans of the game.”

“Most importantly, we are eager to help build a more inclusive game for all eligible professional golfers that spans borders and cultures by fostering collaboration with major tours and see this as an exciting first step on that journey.”

The tournament will tee off from February 3-6, 2022 at the Royal Greens Golf & Country Club, near Jeddah with the prize money increasing from US$3.5 million to $5 million.