Prior to his Scottish Open win on Sunday, Xander Schauffele snuck through another victory last week at the JP McManus Pro-Am in Ireland following a sensational opening round 64.

Schauffele backed up his heroics with a final round 70 to finish on 10-under to claim a one-stroke victory over Sam Burns with local favourite Shane Lowry another shot back on 8-under. 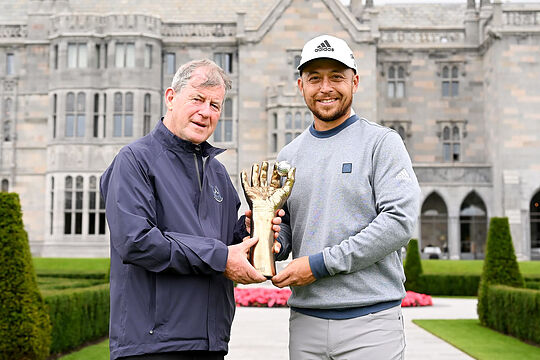 And this isn’t just another hit and giggle event. Many of the world’s top players use the 36-hole event at the world-class Adare Manor Resort as a warm-up for both the Scottish and British Opens.

15-time major champion Tiger Woods, who won the title in 2000, made his first public appearance since withdrawing from the PGA Championship in late May but struggled to a 39th place finish with rounds of 77 and 74.

Woods was joined by eight of the top 10 golfers in the world including all four current major champions – Matt Fitzpatrick, Scottie Scheffler, Justin Thomas, and Collin Morikawa.

Adam Scott was the lone Australian in the field and finished in a share of 13th alongside Dustin Johnson.