Masters champion and current World No.1 Scottie Scheffler is favoured to win the championship along with US Open champion Jon Rahm. Scheffler has won four tournaments so far this year and is the only player with a chance to win a Grand Slam in 2022. 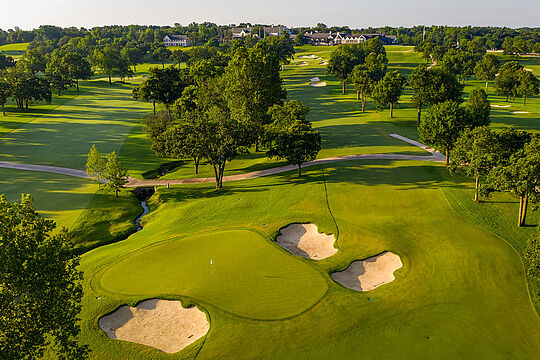 Over the past five seasons, four top players Justin Thomas, Brooks Koepka and Collin Morikawa have won the PGA Championship on rotating courses.

Phil Mickelson turned in a stunning victory last year at Kiawah Island to capture his second title at the event at the age of 50 and become the world’s oldest ever major winner. The troubled star has elected not to play this week.

Jordan Spieth should also be one of the top choices based on recent form which includes a win and second-place finish over the past two weeks. He needs a PGA Championship title to complete a major grand slam.

Spieth finished inside the top-10 in one-third of his majors while making the cut seven times in nine starts at the PGA Championship. His best two finishes came in 2015 where he finished runner-up and 2019 with a third place.

The Texan captured the 2015 Masters and US Open and the 2017 British Open and makes his sixth attempt to join an elite group to complete the sweep which includes Tiger Woods, Jack Nicklaus, Ben Hogan, Gary Player and Gene Sarazen.

The last time the PGA Championship was held at Southern Hills back in 2007, Tiger Woods brought home his fourth victory. Woods has entered the field this week and was seen practicing at Southern Hills on Sunday, where he said he was “a lot stronger” than he was in his return from severe leg injuries at the Masters. The 15-time major champion finished 47th in the Masters and by all accounts is looking much better on the course this week.

Cameron Smith, who has won two PGA Tour events already this year including the Players Championship will spearhead the eight strong Australian lineup competing this week.

The PGA Championship will be available to watch locally on Fox Sports and Kayo.