Schneider over Nisbet to claim Aussie Am

Golf is a mind game and match-play is even more of a contest of who can hold on the longest. 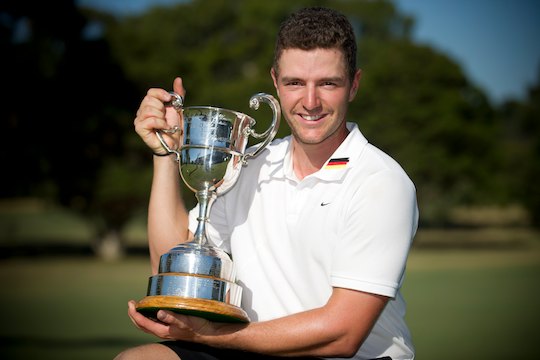 Nisbet was first to strike and moved at one stage to a 3-up advantage over the German by the 13th.

At the turn Nisbet maintained a two hole advantage, his striking and putting was simply impressive.

Keeping in perspective Nisbet entered these championships with two runner-up finishes – Master of the Amateurs and the Port Phillip Amateur – his game was sharp and he looked dangerous throughout the championship.

Nisbet had fought hard all week winning often from behind and entered the final match following a stunning victory over Jordan Zunic and Christopher-John Harrop.

This championship was there for his taking, yet Schneider never lost focus of his target, even when Nisbet sunk a 20 footer on the 31st to remain 2-up and looking every bit of the champion.

The turning point of the match arguably came down to the 35th hole, a 153 metre par 3, where Schneider hit a majestic 7-iron to three feet. Nisbet was on the green, but some 15 feet from the hole. 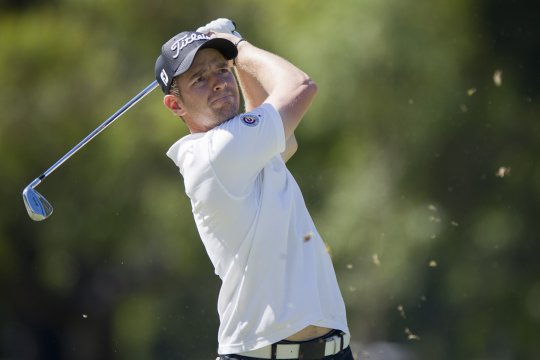 Germany's Marcel Scheider follows his approach into the 9th green at Woodlands during the final of the Australian Amateur championship (Photo: Anthony Powter)

Schneider nailed his putt and the match was all square heading down the 36th hole which was halved with pars.

The finalist had been out there doing battle for more than six hours and the result the same when play commenced at 8.45.

This was a final where both players deserved the title, yet there was to be only one winner.

Schneider nailed his drive down the first sudden death hole, Woodlands’ 357 metre par 4 and had a wedge in, which he stuck to six feet.

Schneider rolled in the putt for the win and the championship.

All day Schneider had fought from behind and the relief of getting the 1-up win was clearly there as he jumped into his caddy’s arms.