Scott asks USGA not to go crazy with Oakmont set-up

Adam Scott reckons Oakmont, the venue for this week’s US Open, is already so hard he’s called on the USGA not to go ‘crazy’ with the course set-up.

This year marks Scott’s 15th straight US Open title since 2002 but after an indifferent showing for the first 13 years, is it only been in the past two years he’s been able to make any impression finishing T9th in 2014 and T4th a year ago at Chambers Bay. 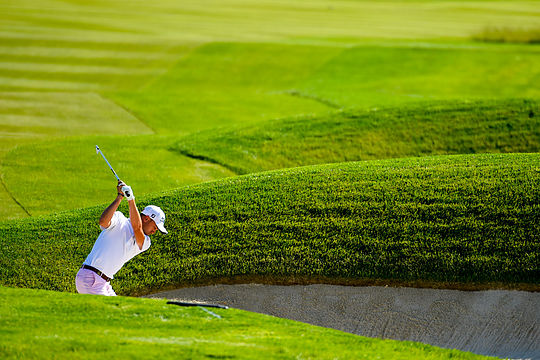 World No.31 Justin Thomas plays out of one of the over 200 bunkers at Oakmont Country Club (Credit:USGA/JD Cuban)

Also among those past US Open efforts was rounds of 76 and 82 to miss the cut at Oakmont back in 2007 when the tournament was last staged on the course.

“I had six birdie putts in two days and I didn’t make any of them and if five-over is the best of the best that’s a little frightening”.

But with rain forecast for Thursday’s opening round, USGA officials may look to place harder pins to combat softer greens and with Scott calling on those officials to keep the course fair.

“We just have to be careful not to manipulate stuff too much and just set up the course fair,” said Scott to Ben Everill.

“If it rains and gets soft the guys are going to shoot a low score. If it doesn’t and it firms up through the week we are going to be challenged.”

“If 15-under won the US Open at Oakmont and it was wet all week then I think it would still be liked.”

“We are going to do it again if 10-over wins too, but it is far more enjoyable erring on the side of fair.”

Scott believes the course – that includes an extremely long 288-yard par-three eighth hole – is hard enough as it is.

“The US Open reputation for over 100 years has been the hardest test in golf but to make it significantly harder than some other great events they have to make it crazy hard,” Scott said.

“Whether it is Oakmont or any other golf course, the players now and the distance and consistency they hit it … if par or worse wins and that’s the best of the best that week then something silly is probably happening out there.”

“When we have a two-yard gap to hit a 250-yard tee shot to keep it in a fairway or where the ball will only roll down into this one bit of rough. That’s when it can be unfair and then we have gone too far.”