IMG has announced that defending champion and current Masters Champion, Adam Scott, will return to Melbourne to defend his Australian Masters title from 14-17 November, 2013.

In April, Scott recorded one of the greatest triumphs in our rich history of sporting achievements as the first Australian to win The Masters Tournament at Augusta National. 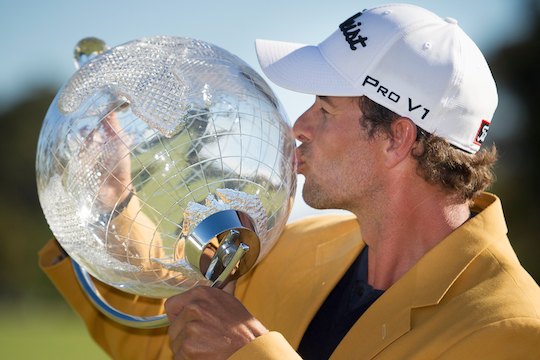 This year will mark the 35th staging of the Australian Masters and the first time it has been played at the famed Royal Melbourne Golf Club.

Currently ranked third in the World, Scott is looking forward to returning to the Australian Masters which he won last year after a fantastic battle with Ian Poulter over the final 36 holes.

“I’m excited to be returning to Melbourne to defend my Australian Masters title at Royal Melbourne, one of my favourite courses. I’ve always had fantastic support in Melbourne, and I’m sure this year’s event will be bigger and better than ever,” commented Scott.

Vice President-Director of Golf, IMG Australia, David Rollo, said, “We are indebted to the Victorian Government for their continued support of the Australian Masters. Equally we are thrilled Adam is able to return to defend his title at Royal Melbourne Golf Club as The Masters Champion.

“His achievements will inspire the next generation of boys and girls and we will continue to provide complimentary access for children under the age of 16 when accompanied by an adult ticket holder.”

Greg Norman remains the only player in the 35 year history of the Australian Masters to successfully defend the title.