Scott heading to Chambers Bay for US Open practice

Adam Scott is a bit like the duck you see who looks so serene on the top but is paddling like mad below the surface.

The former Masters champion has said his game is “close” on more than one occasion in recent weeks – probably a better word would be “frustrating”. 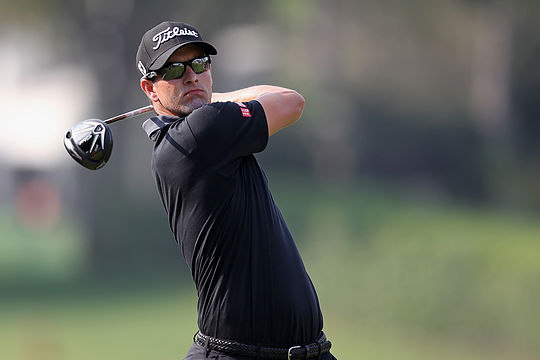 Still, with the US Open fast approaching at a course most players know very little about, Scott it prepared to treat it just like his long putter…and go that extra yard.

The Queenslander will make sure he gets anything up to a dozen rounds in at the Chambers Bay course before June’s US Open and is one of the few players who won’t be diverted from getting to the north-western US course in Washington state before the second major of the year in mid-June.

Early practise at the major venues is a routine Scott has perfected in recent years as he says it takes the stress out of one of the biggest weeks of the year for the best players in the world.

“One of the beauties for me in playing the course so much at some of these venues beforehand is that you feel a little bit like it’s your home track,” Scott said.

“There’s very little adjustment to make the week of the event, whether it’s greens…even if they alter the speed, it’s the same green.

“It’s a smaller adjustment than coming from somewhere else.”

“You stand on tees in any different wind, and you don’t have to look in your book for five minutes to figure out where stuff is.”

“You just know, because you might have played say, 10 rounds in all the different conditions, and you know it’s a driver today, it’s a 3-iron the next day when the wind’s completely different.”

Now all we need to worry about is hit putting, although Scott says he won’t be looking at a short putter until the end of the year, when he has no choice and the rules demand it.

“I’m sticking with the long one, for the moment,” he said.