To say much has happened in Adam Scott’s professional life in the 15 years since he last competed in BMW PGA Championship, is a gross understatement.

The 41-year-old has since spent 11 weeks as World No.1, become the first-ever Australian to win the Masters and notched up a Hall Of Fame career in all four corners of the globe. 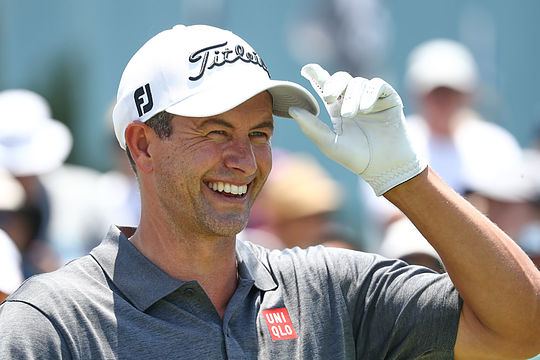 “I can still remember the first time I played Wentworth back in 2001 and I was grouped with Darren Clarke and Nick Faldo”, recalled Scott of his star-powered grouping at just 20-years-old.

“It was a big occasion in my then short pro career with Faldo a six-time major champion and Darren then one of the best players on the European Tour.”

Fast-forward to the 2004 Volvo PGA Championship, when Scott last made the cut in the event, and the Aussie was well on his way to fulfilling some of that early promise.

He’d won four times on the European Tour and arrived in leafy Surrey virtually two months to the day since capturing the prestigious Players Championship on the PGA Tour.

Scott’s win at the PGA Tour’s flagship was his second of now 14 PGA Tour victories and saw him lining up at Wentworth as World No. 13; the Australian was now one of the best players in the world.

Only Ernie Els, at No. 3 in the world, and fellow South African Retief Goosen at No. 10 were ranked higher than Scott.

The champion Australian was again in illustrious company teeing up alongside Lee Westwood, already a European No.1, and reigning Open Champion, Ben Curtis.

Finally, the wait is over and Scott has returned to Wentworth, one of nine major champions contesting tonight’s BMW PGA Championship.

“I have so many great memories of this golf course and this area of Surrey”, said Scott of the European Tour’s flagship event at Wentworth.

“I spent a lot of time here in my first few years playing the European Tour and I’ve watched closely over the last 10 years or so, and all the work that has gone into this golf course.”

“Wentworth has always had such a great feel about this event and I am happy that it’s fitted into my schedule this year to be able to come back and play the course and a course they’ve made great changes to and is also in tremendous condition.”

And after such a long absence, Scott finds himself grouped with Rose along with Rose’s countryman Matthew Fitzpatrick for the opening two rounds.