It was one of the most exciting finishes to a PGA Tour tournament and now Adam Scott’s FedExCup heroics at the BMW Championship have paid off with the 42-year-old securing a spot alongside World No.2 Cameron Smith in the Presidents Cup.

Scott and Smith played together for the first time when the biennial event was staged at Royal Melbourne in 2019. The International Team lead into the final day but went down to Woods’ Team USA by 16–14. 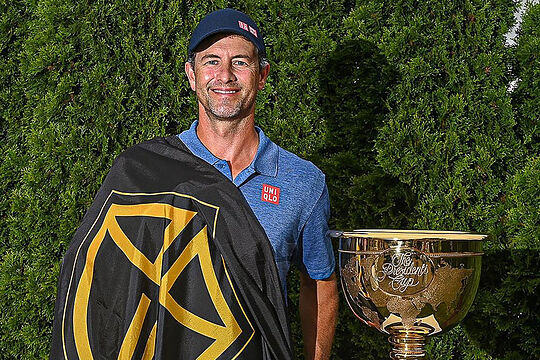 “I was very proud of being Australian and what our team did,” said Scott, who has played in every Presidents Cup since 2003.

“It really was the start of a new look International team with a new logo and a new vibe and we came so close.”

“It was really a great week. I mean for me being Australian and playing at Royal Melbourne was a very special week. Thinking back over all the weeks in my career, that one is definitely a highlight, even though we didn’t get over the line in the end. But there was a great feeling out there for me.”

“I think we’ve got some good momentum heading into this next Presidents Cup.”

Since debuting in 1994, the International Team has secured the title on just one occasion in 1998 when the tournament last visited Australia.

Hideki Matsuyama, Sungjae Im, Joaquin Niemann, Joohyung Kim, Corey Conners and Mito Pereira are the other automatic qualifiers for the International Team with Marc Leishman, Lucas Herbert and Cam Davis all relying on new captain Trevor Immelman to give them the nod.

However New Zealand’s Ryan Fox might beat them to the punch having enjoyed a stellar season on the DP World Tour with a win, three runner-up finishes and a total of seven top-10 results.

The Presidents Cup will tee-off in late September at Quail Hollow Club in Charlotte, North Carolina.