Royal Sydney Golf Club will host a field that any US PGA event would be proud of next week when a strong lineup of the world’s best players hit Sydney for the Emirates Australian Open.

Leading the way are two former Australian Open and US Masters champions in Adam Scott and Jordan Spieth, both players currently ranked in the top 10 in the world. 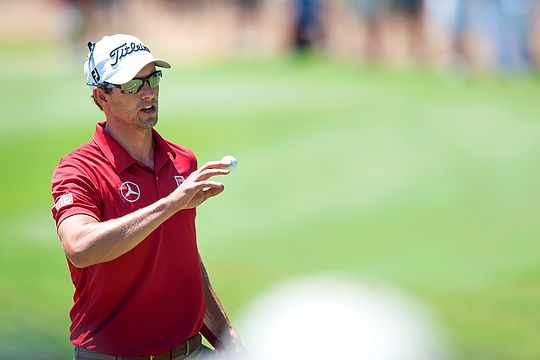 If that doesn’t drag record numbers through the gates of the Rose Bay layout next week then nothing will.

Indeed Golf Australia chief executive Stephen Pitt said the chance to watch two modern powerhouses in world golf [Scott and Spieth] battling it out on the fairways of such an iconic venue was a chance not to be missed.

“In Adam and Jordan, we have two of the past four Masters champions, who always give their all for their fans,” Pitt said.

“They employ vastly different styles, but they are both big-time players who seemingly always put their best games forward when it matters most.”

Pitt said he was thrilled to have a sprinkling of other international players including Venezuelan hero and Canadian Open champion Jhonattan Vegas, with the depth of the field again coming from a cast of local stars, including many returning from global tours for the national championship.

“We are thrilled to have so many players who’ve shown they’re capable of winning the Stonehaven Cup back again among the leading contenders – they always generate great interest around the course,” said Pitt.

“And when you throw in the developing and amazing tale of our all-conquering amateur players who’ve qualified, there are so many storylines to play out at Royal Sydney on a course that has become synonymous with brilliant Australian Open chapters.”