The person widely regarded as being the catalyst for the tremendous surge in Korean women’s golf over the past two decades has departed the game in a flood of tears and adulation, fittingly, in her home country.

Emotions ran high at the Sky 72 Golf Club as their beloved trailblazer, Se Ri Pak, played her final round of professional golf on Thursday at the LPGA HanaBank Championship. 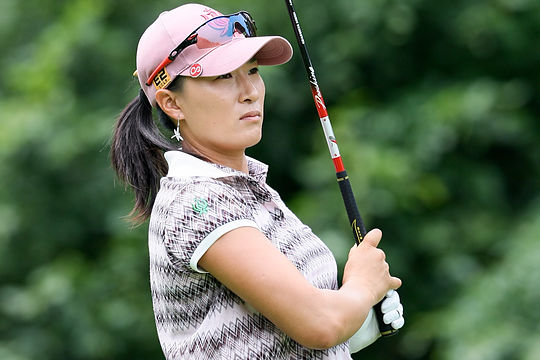 Playing with a shoulder injury that has been a nemesis for a number of years, Pak had always intended to only play the one round and leave the game where it all started for her. That didn’t stop thousands of spectators craning their necks to see her play for the last time, regardless of the score she would shoot (80).

“It wasn’t easy out there today,” Pak said during a ceremony in her honour after the round.

“When I reached the 18th, I was on the tee box, and I felt like I couldn’t make the shot. I think I cried all throughout the 18th hole. Actually there was flood of emotions that I really didn’t expect to feel. I didn’t expect myself to feel this way.”

To give some sense of the impact she has had, Pak won 25 LPGA titles in all from 1998-2010, including five major championships, and was the youngest player ever inducted into the World Golf Hall of Fame at age 30.

Make no mistake however, it was her performance in winning the 1998 U.S. Open in thrilling circumstances and the LPGA Championship that same year that directly resulted in generations of Korean players stampeding to the game, with the pathway to greatness having been illuminated by her exploits.

Only one Korean player had won on the LPGA prior to Pak. Today, there have been 40 Korean winners of over 150 titles and around half of the Top 25 players in the world at the present time are Koreans.

Many of them and their parents before them, drew their inspiration to take up the game from Pak and many of those players were on hand on Thursday to bid her farewell.

“From the fairway of the 18th hole and the green I could see the gallery and the fans and there was just a lot of love and support. I think it was one of the best moments,” Pak continued.

“I’ve had a lot of the victories in my career, and I have to say it was one of the best, happiest moments of my career.”