Australians Steven Bowditch and John Senden are in a dogfight to make their debut for the International team for this year’s Presidents Cup matches in Incheon, South Korea from October 8-11.

Senden is clinging to the 10th and final automatic qualifying position but was not qualified for the Bridgestone and did not play the Barracuda Championship, played opposite the World Golf Championship event. 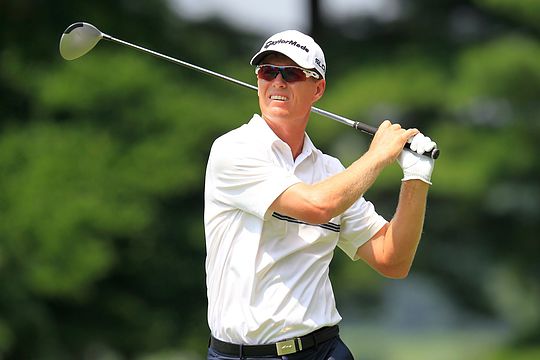 A tie for 12th at the Bridgestone Invitational did little to harm Bowditch’s chances although he remains in 12th place on the rankings, one position behind Korea’s Byeong-Hun An, who will be desperate to make his debut in his home country.

The top 10 players from the Official World Golf Ranking at the conclusion of the Deutsche Bank Championship this month will automatically qualify for the International Team.

New Zealand’s Danny Lee continued his rich vein of form over recent months with a tie for 6th at the Bridgestone and currently sits at 13th in the rankings.

Korean-born Lee has set his sights on making captain Nick Price’s team in his country of birth and regardless of whether he claims an automatic spot, his form must suggest he is close to the top of the pecking order in terms of the two captain’s picks that Price needs to make in early September.

“He’s an explosive player, he makes a lot of birdies, and the other thing I really like about him is that he’s fearless,” Price said of Lee at the weekend, “He looks like he’d make a good match player.”

Price is desperately keen for a South Korean to earn their spot on the team or force his hand through sheer weight of good performance, but he will resist picking a player who is out of form simply to please home supporters.

Jason Day, Adam Scott and Marc Leishman are assured of spots on the team as the Internationals seek to end their long run of outs in the Presidents Cup, dating back to their sole victory in the event in 1998 at Royal Melbourne.