The ever-consistent Peter Senior has added yet another title to his impressive resume. 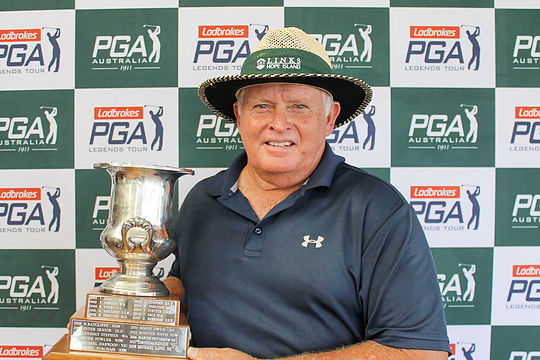 The Queenslander, who turned 60 in July, fired a final round 5-under 65 to set up a thrilling closing day of the tournament, however, it wasn’t all as easy as he would have liked with Peter Fowler piling on the pressure coming down the final hole with a chance at a birdie to force a playoff.

Unfortunately for Fowler his drive ended up in the sand and from there he couldn’t make the up and down and the title went to Senior.

“I am so honoured to win this championship…the PGA Legends Tour is growing from strength to strength and to have Richmond as our flagship event is outstanding,” said Davis.

“I’ve been close on a couple of occasions and to win against the calibre of this field is amazing,” Senior said.

“I still enjoy playing but I like to give back playing on the Legends…the guys on this tour are great and we have some fantastic tournaments.”

Peter O’Malley and Peter Fowler shared second place on 8-under to take home $7000 each in prizemoney while Michael Long and Peter Lonard settled for a share of 4th place on 7-under.