The last time Sergio Garcia won on the PGA Tour was at the 2017 Masters, yet on Sunday the Spaniard secured a one-shot victory at the Country Club of Jackson over American Peter Malnati to win the Sanderson Farms Championship and record the 11th PGA Tour win of his career.

The win was timely for the 40-year-old as he had missed three of his previous four cuts on tour and had fallen out of the world top 50 along with coming off a season in which he recorded just one top-25 finish.

“Well, it’s obviously a boost of confidence, there’s no doubt,” said an effusive Garcia after his win.

“Even if I would have not won it, it still would have been a massive high for me this week. To be able to do a lot of the things that I did, it meant a lot. It showed me a lot of what I still have, and what I still can do.”

While the Spaniard had failed to fire on the PGA Tour, he had won three times in Europe since claiming the Masters but had fallen outside the world’s top-50 for the first time in a decade and missed the FedExCup Playoffs for the first time since its inception. 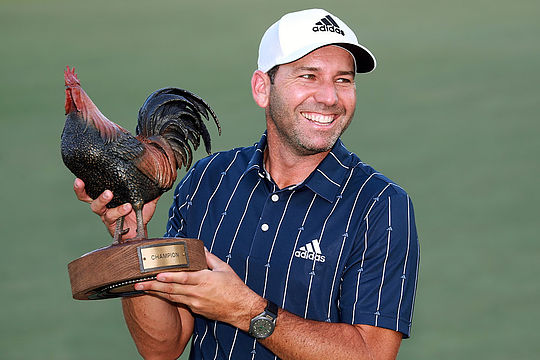 On the weekend, Garcia was certainly impressive and delivered two key shots on the back nine, the last one an 8-iron to tap-in distance on the final hole for birdie and the one-shot victory.

Earlier, Garcia was two shots behind when he hit 5-wood on the par-5 14th that just cleared a bunker and landing on the fringe of the green before rolling out to just inside a metre for eagle to tie for the lead.

“The perfect ending for an amazing week,” said Garcia.

“I stood up on 18 and I did what I’ve been doing all week. I trusted myself.”

Cameron Davis finished the best of the Australians with a share of 6th, with the former Australian Amateur and Open champion moving into contention for the title following an impressive third round 63. It was Davis’ best finish to date on the PGA Tour having racked up his first top-10 on the PGA Tour earlier this year at the Sony Open in Hawaii.

Cameron Percy also made the weekend finishing in a share of 59th position at 1-under-par.

This week, the PGA Tour heads to Las Vegas for the Shriners Hospitals for Children Open for the first of a series of high-profile tournaments leading into the Masters from November 12th.