Former PGA Tour winner Daniel Chopra of Sweden topped the class but for seven Australians, the Asian Tour beckons in 2015 after the completion of Final Stage Qualifying in Hua Hin, Thailand.

NSW’s Matthew Giles was the best of the Australians finishing in 5th position, seven behind Chopra. 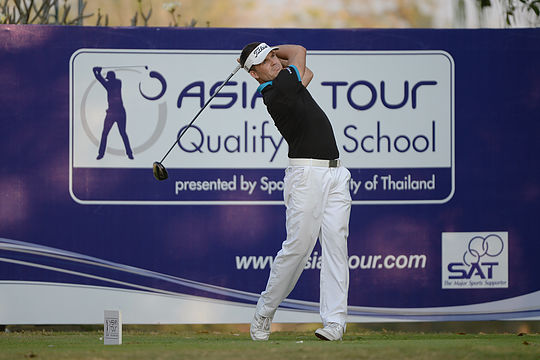 Paul Spargo continued his solid form across the Australian summer by finishing 9th at the Asian Tour Q-School to secure his card for 2015 (Credit: Khalid Redza/Asian Tour)

For 41-year old Chopra, his four-stroke win allows him the opportunity to rejuvenate a career which at its peak saw him win twice on the PGA Tour in 2007 and 2008.

“I am feeling more relieved now. It has been tough for me for the past few years. It’s good that I belonged somewhere again.” Chopra said.

“I’ve learnt and crafted my game in Asia and it’s a place I would always call home.”

“I can’t wait to start playing out here. Winning the Qualifying School makes me feel that I can win on Tour again.”

The Asian Tour season will commence in a few weeks time at the Malaysian Open in Kuala Lumpur from Feb 5-8, where there were already 11 exempt Australians entered prior to the completion of the Qualifying event.