Adam Scott’s defence of the US Masters could serve as a ratings boost to the Seven Network, who have secured broadcast rights to the first major of the year.

After a long stretch with Channel Nine, it was Network Ten that eventually wrested the US Masters rights away from Nine about six years ago. 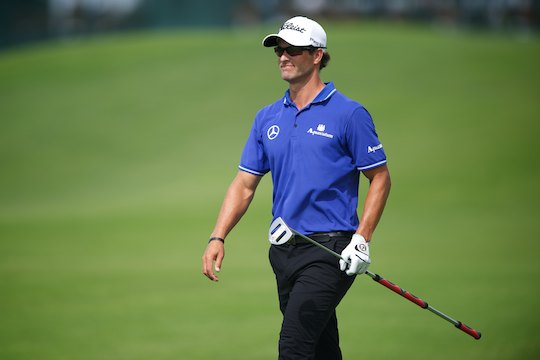 Now Seven has scored something of a coup, adding to its improving golf package with an agreement with Augusta National Golf Club that extends beyond exclusive broadcasting rights to include on-line, mobile and broadband television as well.

Seven’s Head of Sport Saul Shtein said the signing of the Masters re-affirmed a key strategy for Seven’s future – a focus on live coverage of major sports events and expanding that presence into new forms of content delivery.

Seven was the host TV broadcaster for the Emirates Australian Open, the Talisker Australian Masters and the ISPS HANDA Perth International in Australia’s recent summer of golf.

The deal continues a buoyant period for sports broadcast rights in Australia as the three commercial free-to-air networks look to utilise their multi-channels more effectively.

The deal comes at the perfect time for Seven as Australians will be gathering around their television early on the second weekend in April hoping Adam Scott can defend the title he scored in a breakthrough win beating Angel Cabrera in a playoff in 2013.

Certainly golf has tasted renewed interest in the game thanks chiefly to Scott’s win.