China’s Shanshan Feng etched her name into the history books at the 10th edition of the Dubai Ladies Masters, strolling to a record 12-shot victory and becoming the first Chinese player to clinch the Order of Merit title on the Ladies European Tour.

The 26-year old defending champion birdied the final hole to post a six-under 66 in the final round to equal her own tournament record at 21-under par 267. 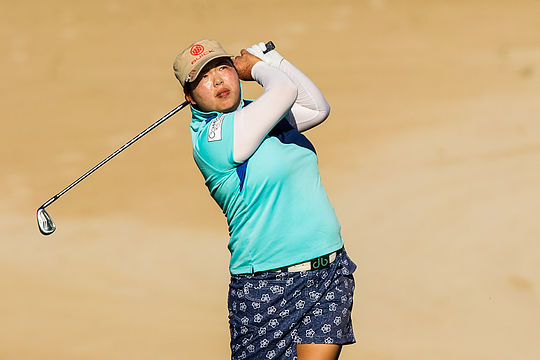 Stacey Keating was the best of the Australians in a tie for 17th place at 2-under. Sarah Kemp tied for 27th position at 2-over while Rebecca Artis and Whitney Hiller tied for 45th at 4-over par.

Artis’ result capped off a fantastic year for her on the LET, highlighted by her second career win at the Scottish Open and a career-high 7th place on the Order of Merit with earnings of over €160,000.

The Ladies European Tour will now break for the next two months ahead of Season 2016, which kicks off in Australia and New Zealand from February 12 with a three-week swing at the ISPS Handa New Zealand Women’s Open, followed by the ISPS Handa Women’s Australian Open in Adelaide and the RACV Ladies Masters on the Gold Coast.