This week’s inaugural NT PGA Championship at Darwin’s Palmerston Golf Club has been eagerly awaited by most of the playing contingent who will venture north for the event, many for the first time.

The PGA Championship is the first of its kind in the Territory and the first PGA Tour of Australasian event in the Top End. For many in the field, it will be their first trip to Darwin which is adding to not only their excitement, but also that of local golf fans who have been starved of top class golf of this stature. 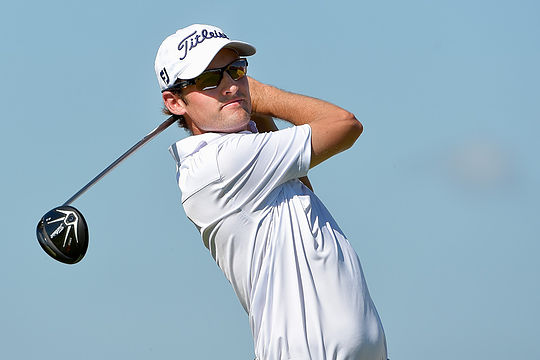 The PGA of Australia are doing their bit to help the guys see a few of the sights around Darwin with visits planned early in the week to some of the many attractions in the area, which includes the spectacular Litchfield National Park.

Former PGA TOUR star Michael Sim is one of many who will be heading to Darwin for the first time in search of his first career win on his home Tour.

“I am going to fly in on Tuesday morning, I will play 9 holes in the afternoon then play the pro-am on Wednesday. So I’ll have some time to get out and see a few things.” Sim said,

“I don’t know too much about Palmerston Golf Course. I noticed when I entered the tournament that it’s a par 71 but that’s all I really know,” added Sim. “Google Maps are great these days. You can get an idea of which direction the holes go and if there are doglegs or water hazards.”

“I have never been to Darwin before and a few of my wins in America were in new tournaments. Hopefully that is a good trend for me at the inaugural Northern Territory PGA Championship.”

The NT PGA Championship has attracted a strong field of local and international players who will be competing for the $150,000 prize purse and Official World Golf Ranking points.

The championship tees off this Thursday the 11th of August and will conclude on Sunday the 14th.