He’s already an icon in Fiji and former world No 1 Vijay Singh will no doubt win even more fans following his commitment to play in his fifth successive Fiji International presented by Fiji Airways from August 2-5 at the marvellous Natadola Bay.

A showdown with his good friend and fellow multi-major winner Ernie Els should ensure the tournament will be a massive hit with a string of highly-ranked Aussies expected to be there trying to steal the show from the two multiple major champions. 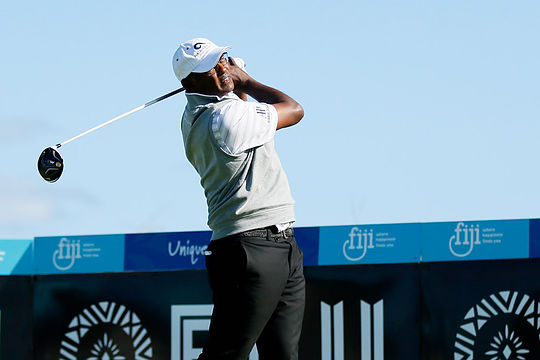 Singh and Els have shared many sterling contests over the years highlighted by the US Masters in 2000 when Singh kept Els at bay to win the coveted Green Jacket.

They have also played alongside one another in numerous Presidents Cup tournaments representing the International Team.

“I’m looking forward to meeting up with Ernie in Fiji, he and I have travelled the world together as professionals, so it will be nice to show him my home country,” said Singh.

“We’ve had some good memories together on the golf course; we’ve played a lot of Presidents Cups together, including the Internationals win in 1998.

“Ernie is a close friend of mine but come round one at the Fiji International, I won’t be holding anything back and I don’t expect him to either.

“It’s hard to scale back that competitive streak we both have.”

Singh has been a vocal supporter of the Fiji International since its inception in 2014 and had a hand in the initial design of the Natadola Bay Championship Course as well as its re-design in 2017.

He has also designed the Desaru Coast Valley Course at The Els Club in Malaysia, a sought-after golfing destination made up of three courses, the two others designed by Ernie Els.

“I was very excited to work with Ernie at The Els Club, I’m sure when he plays at Natadola he’ll notice some similarities between my work here and over in Malaysia.

“He has a keen eye for course architecture so I hope he enjoys the course in Fiji.”