Australia’s Todd Sinnot has fired his way to the top of the leaderboard with a sparking eight-under-par 64 to lead the field alongside American William Cannon after the opening round of the Asian Tour Qualifying School Final Stage.

Australia’s Jack Wilson, who topped the class after the first stage to progress into this week’s ultimate test, gave another eye-catching performance when he signed for a 70 while Korean-American Sejun Yoon, who like Wilson had earlier emerged as the leader after the first stage, struggled to find that similar form when he returned with a 71 at the Suvarnabhumi Golf and Country Club. 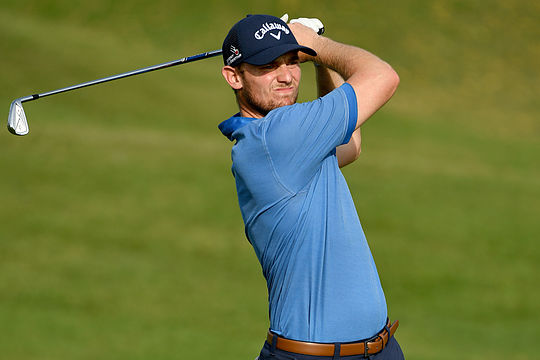 Cannon enjoyed eight birdies on his card, including three on the par three holes, to begin his campaign for an Asian Tour card on a solid note while Sinnot threw in an eagle on the par five 18th hole to go with seven birdies and one bogey.

European Tour regular, Richard Green, signed for a 66 and sits in 11th place heading into round two.

Adam Blyth and Nathan Miller are next best of the large Aussie field in a tie for 19th place at 5-under.