Todd Sinnott’s injury woes appear to be in the rear-vision mirror following a superb one-shot victory over recent QLD PGA winner and runner-up, Anthony Quayle and Daniel Gale, at the TPS Victoria.

29-year-old Sinnott carved up the Rosebud Country Club with a bogey-free 66 to finish on 20-under and secure his first title since the Myanmar Open on the Asian Tour in 2017.

“It’s most special because I’m with my family and my friends. To have them here. Last time (in Myanmar), I was 15 hours away on a plane. A lot’s happened since then,” said Sinnott.

“I said to my caddie ‘I don’t care what anyone else does. I just want to shoot the lowest score that I can shoot and see where we end up after. I think that’s a good mentality, playing your own game and making birdies.”

And that thought process worked well for the Melburnian, who put together rounds of 68, 65, 66 and 66 in what was a stellar display of golf especially after being sidelined first by a back injury and then again when the Japan Tour locked down due to COVID.

Sinnott didn’t have it all his way. Fellow Japan Tour player Anthony Quayle looked set to claim back-to-back wins before carding bogeys at the 15th and 17th, two of only four bogeys he recorded all week. 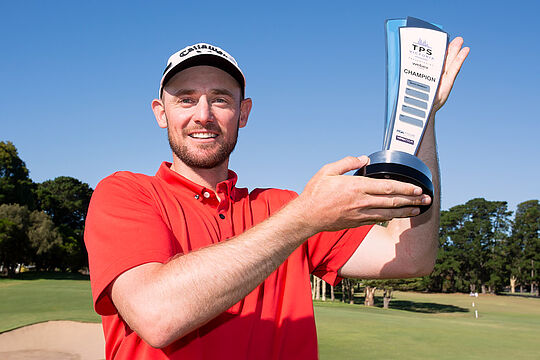 Quayle also had his chances at the 18th but failed to put away a short birdie putt that would have applied the blowtorch to Sinnott, who was playing in the final group behind Quayle alongside European Tour player, Richard Green.

As it was, Sinnott stood on the 18th tee needing just a par to seal the deal, which he did in style after leaving himself a nervous 1-metre putt for victory.

Welshwoman Lydia Hall lead the way for the women’s field firing a 16-under total to share 6th place with Bryden Macpherson and Jake McLeod.

Hall finished a stroke in front of 22-year New Zealander Momoka Kobori, who had lead the field at the end of day two before weekend rounds of 68 and 70 left her five shots adrift of Sinnott.

17-year-old Michael Song, who like Todd Sinnott plays out of Metropolitan, won the two-round Junior Players Series by a shot over fellow Victorian Levi Sclater.

The Australasian PGA Tour now heads to another mixed-gender event and the one that started it all, the Vic Open at 13th Beach on the Bellarine Peninsula.