Sinnott in the box seat at Dunes Medal

Todd Sinnott fired rounds of 74-68-67 to take a four stroke advantage into the final round of The Dunes Medal in Victoria.

Sinnott is at 7-under-par to lead the National Selection event over Rory Bourke and Geoff Drakeford at 3-under-par. 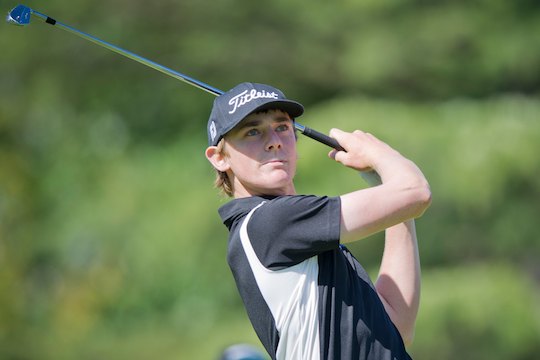 During the 2011 US amateur season, Sinnott played stellar golf to make the cut in each of the main events he entered – including a top-10 finish at the Players Amateur.

Sinnott was the 2009 Victorian Boys Champion and last season secured top-10 finishes at the Riversdale Cup and Mandurah Easter Amateur.

An impressive ball striker as well as a solid course technician, Sinnott represents the next wave of Australian amateur talent breaking through the world amateur ranks.

Australia hasn’t had an amateur inside the world top-10 for the last nine months. This is a worrying trend given we have previously punched well above our weight and produced players that have graduated to the professional ranks with considerable success.

James Nitties, Marcus Fraser, Marc Leishman and Michael Sim, to name a few, are examples of top Aussie amateur talent, who have progressed to the professional ranks and performed well.

Sinnott certainly has the foundations and ability to become a top-10 world amateur player and progress to the next level.

This week he has proven himself again at the Dunes Medal, where conditions could only be described as brutal, yet the Victorian managed to secure two sub-par rounds.

With a four stroke lead moving into the final day, Sinnott is in the box seat.

Rory Bourke has the capacity to make a challenge, as does Michael Williams who is currently in 5th position, seven behind Sinnott.

As for the rest of the marquee Australian amateurs, they have failed to fire during this event.

Reigning Australian Amateur champion, Matt Stieger is at 7-over-par following rounds of 77-74-72, while the worries continue for Tasmania’s Ryan McCarthy with rounds of 75-78-73 to be at 10-over-par.