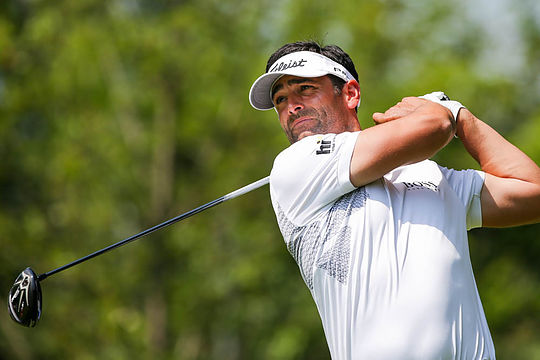 And Slattery’s second win has taken him to the top of the 2016 European Ryder Cup points table, and in the first qualifying event of the year long Hazeltine selection process.

Slattery capped his round in holing a superb chip shot for birdie from rough behind the pin at the 17th before a par at the last.

“When you secure your first win you kind of expect to be there again pretty soon after but for me it’s been pretty difficult to get to this point again,” he said,

“I’ve had plenty of chances going into the last day but I have not been in contention to take that second win, so it’s was fairly difficult out there and also playing alongside two good friends made it a little bit tougher.

“In the back of your head you want those fellows to do well but then you want to beat them, as well.”

However it’s been a year of many emotions for Slattery including missing out on retaining full 2015 Tour membership by one place along with getting married to Faye, the birth of their first child but also learning his father-in-law has been diagnosed with terminal cancer.

Slattery earns a one-year exemption to the end of the 2016 season.

Argentina’s Tanyo Goya (68) was in second place on 13-under par and one shot fewer than defending M2M Russian Open champion David Horsey (68) on 13-under par.

Jason Scrivener finished on top of the Aussie leaderboard at 9-under and 14 place. Daniel Gaunt was next best four strokes back in equal 28th after failing to capitalise on a superb opening round of 65.