Western Australia’s Fred Lee and Daniel List are the only Australians competing against a strong international field of top young golfers in the Boys Amateur Championship at Royal Birkdale and Southport & Ainsdale UK this week.

The championship has returned to Royal Birkdale for the first time since 1936. Birkdale has hosted The Open nine times, first in 1954 when Aussie Peter Thomson won his first of five Opens and most recently in 2008 when Ireland’s Padraig Harrington lifted the Claret Jug for the second year in succession. 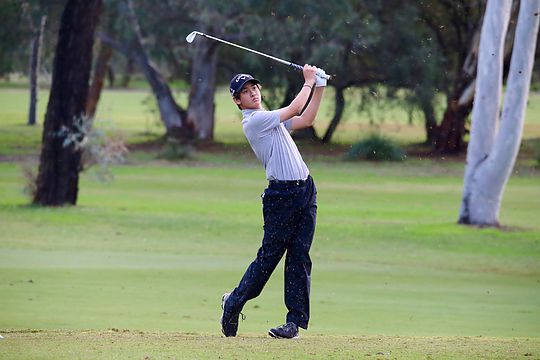 The first stage of the Championship involves 252 players each of whom plays two rounds of 18 holes, one to be played on each of the two courses.

Lee, 16, won the 2015 Srixon Junior Championship and was a member of the winning Royal Perth Division 1 Pennant Team a fortnight ago. Lee also won this year’s Northern Territory Amateur and secured a top-10 finish at this year’s Australian Junior championship.

List was born in Accra, Ghana and splits his time between England and Australia although England appears to be his principal base. The winner of the 2013 European Junior for 14 years and under, List is playing under the Australian flag this week.

The Stroke Play qualifying stage will see competitors play one round each at both Royal Birkdale and Southport & Ainsdale on Tuesday 11 and Wednesday 12 August. Thereafter the field is cut to 64 players and ties before the match play stage finds the champion over the final four days, Thursday 13 to Sunday 16 August 2015, at Royal Birkdale.