There’s no denying Australia is a rich and proud sporting nation and twice in living memory, a global sporting event late on a Sunday in the US has brought the island continent to a Monday morning standstill.

The first was in September 1983 when Australia II ended an unbroken USA reign of 132-years to capture the seventh and final race of America’s Cup off Rhode Island. 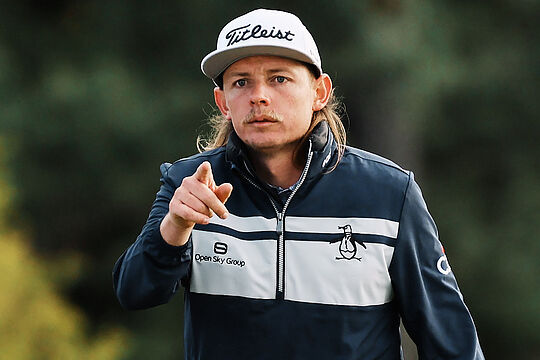 The entire Australian nation had been out of bed in the early hours (Australian time) on Monday 26th September to watch the Australian challenger shock the red-trousered members of the New York Yacht Club. Those supposed to be heading off to work on that Monday morning were glued to the TV set. It was well after 9am east coast Australian time when the final race was decided.

The-then Australian Prime Minister Bob Hawke was at the Royal Perth Yacht Club, and two hours behind the eastern states in the West Australian capital, when he made the comment of all comments in being quizzed by the media if he would declare a public holiday to celebrate the occasion.

“Any boss who sacks anyone for not turning up today is a bum”, remarked Hawke.

Nine years ago, Adam Scott again brought the nation to a halt for a second time when he ended a 77-year wait for an Australian golfer to be fitted with an Augusta National member’s green jacket.

Seventeen years after Greg Norman’s heart-breaking 1996 final day Masters meltdown, Scott also ensured Australians would again be late for work at the start of the new week. One of those watching from his Brisbane home was a then 19-year-old Cam Smith, still two years shy of making his major championship debut with a stunning T4 at the 2015 US Open.

Now nine years after Scott’s stunning Augusta success, Smith is staring at Masters destiny for the second time in three years. The golfer with the mullet haircut is the only player in Masters history to post four rounds in the 60s at Augusta National, and he did that in 2020 in finishing joint runner-up behind Dustin Johnson.

The reigning Players Champion now heads into the final round of the 86th Masters looking like the only player who could deny current World No. 1, Scottie Scheffler, from winning the Masters, and in the process capturing the fourth win this season in six starts.

“The Masters has always been pretty cool”, Smith said. “I’ve been watching this tournament since I can remember. Hopefully, everyone gets up early and I can make some birdies.”

“I know what I have to do and that is just try and keep it as simple as I can, try and keep it the same. I just have to really focus on getting a good rest and be fully prepared.”

“Having won the Players, it means I can get it done I guess when I’m up against the best guys in the world. It’s a good feeling to have. It’s earned. It’s not given to you.”

“So, I’m going to have to go out there and play really good golf again, probably similar to today. Hopefully, everything just falls into place. I can’t control what anyone else is going to do tomorrow. So yeah, just go out there and really focus on me.”

And here’s an encouraging statistic on Smith’s side as Tiger Woods is the only player to have won the Players Championship and the Masters in the same year.