England’s Jordan Smith claimed a three stroke wire-to-wire victory at the Portugal Masters on Sunday to claim his first win since the Porsche European Open in 2017 and move into the top-10 on the DP World Tour rankings.

Smith’s aggregate score of 30-under-par is an incredibly rare achievement in the sport, with the most recent feat coming at the 2022 Sentry Of Champions, where Aussie Cameron Smith shot 34-under-par to set a new 72 hole record.

Smith started the 2022 European Tour season with runner-up finishes at the Ras Al Khaimah Championship and the MyGolfLife Open in South Africa, where he was defeated in a playoff by Pablo Larrazábal on the second extra hole.

“It’s just been a really good year. I’m really happy,” said Smith. “There was a lot of pressure. Just nice to finally get a second win.”

The win moved him into No. 9 in the DP World Tour rankings and 81st in the world rankings. He’s also now in the mix for a Ryder Cup debut next year. 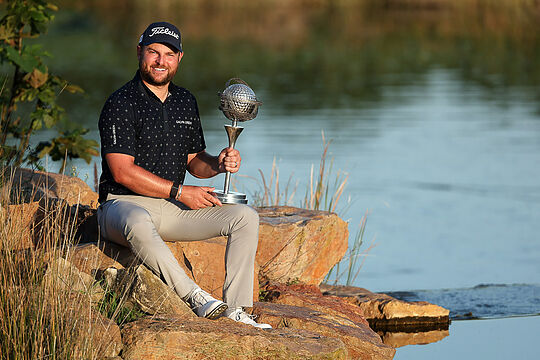 Gavin Green finished second with the Malaysian signing three cards of 64 (-7) and a Sunday 65 (-6), for a total of 27-under-par, three strokes from victory. Tapio Pulkkanen completes the top-3 at 22-under-par.