Queensland’s Cameron Smith enjoyed fond memories of the CIMB Classic even before he teed off this morning and with a round of 8-under 64 today those memories are only set to strengthen.

Smith fired eight unmatched birdies to sit one stroke ahead of a group of three players including Poom Saksansin, Xander Schauffele and Keegan Bradley.

“I grew up in Brisbane, it’s kind of similar to this (weather). I enjoy the heat and always play well in the heat for some reason. I honestly can’t tell you why.” 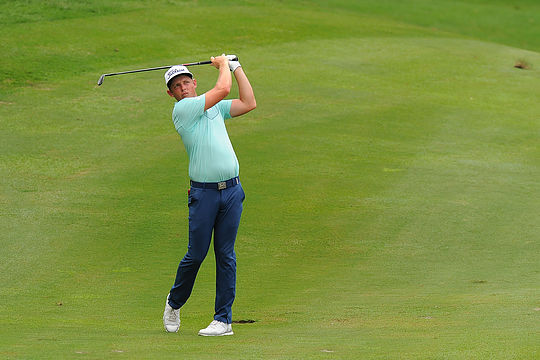 Just like his compatriot, Justin Thomas, did with his victory in 2016, Smith kicked off his PGA Tour career here in 2014 with a T5 finish. It wasn’t a victory but it did mean he was rewarded with a start at the Sanderson Farms Championship the very next week.

He failed to make the cut in Mississippi but over the coming months he made good use of the sponsor exemptions on offer and went on to secure his future with a victory at the 2016 Zurich Classic.

Defending champion Justin Thomas sits in a 14-way tie at 2-under alongside Hideki Matsuyama.