After a three-year gap, the Australian PGA Championship returns to the DP World Tour schedule as part of its strategic alliance with the PGA Tour of Australasia, which currently runs until 2026.

The Open champion Cameron Smith is the star attraction and red-hot favourite to win the Australian PGA Championship in Brisbane, which gets underway tomorrow morning at Royal Queensland. Smith has moved to LIV Golf and has had an outstanding year winning the Tournament of Champions, the Tour Championship and pocketed a further $4m with a LIV Golf victory. He is also a two-time winner of this tournament winning back-to-back in 2017 and 2018. 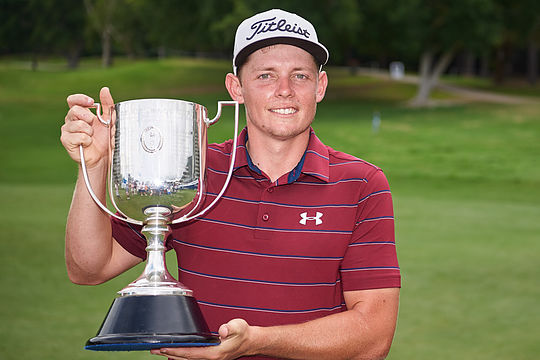 New Zealander Ryan Fox finished runner-up to Rory McIlroy in the 2022 Race to Dubai standings after last week’s DP World Tour Championship in Dubai is in the field, and the World No.27 will certainly be a threat for Smith. Fox has two wins and four runner-up placings this season including a second place at last week’s Nedbank Challenge in South Africa.

The tournament takes place at Royal Queensland Golf Club with a 156-man field. It was last held at the same venue in January as an PGA Tour of Australasia tournament only, when Jediah Morgan picked up his only career win to date.

Smith and Fox will be joined by Adam Scott, Lucas Herbert and Min Woo Lee, who carded a 12th place on Sunday at the DP World Tour Championship. Another LIV Golf player in the field this week is Marc Leishman.

Veteran bagman Steve Williams, who caddied for Tiger Woods for 13 of his 15 major titles, is coming out of retirement to reunite with Scott for this week’s event and next week’s Australian Open in Melbourne.

Scott ended 2021 ranked 46th in the world but is currently No. 34. He hasn’t won in 2022 but does have three top-10 finishes in his past five worldwide starts and posted top-15 results at the US Open and the British Open.

The field in predominantly Australian and includes a mixture of the emerging and the tour journeyman. Scott Hend, Peter O’Malley, Peter Lonard, Greg Chalmers, Geoff Ogilvy, Jason Norris, John Senden and Michael Wright will tee it up against Blake Windred, Harrison Endycott, David Micheluzzi and Jason Scrivener, to name just a few.

Players are competing for a purse of just AU$2 million with the winner collecting AU$330,330 in prize money. But the tournament means more than just money for most players. For some it’s the prestige of the title, for others, the co-sanctioning of the event with the DP World Tour, offers a pathway to the next level in world golf.