Aussie Cam Smith will get to defend his Open Championship title alongside each of his LIV Golf stars, if they qualify, as they will be allowed to tee-up at Royal Liverpool at next July’s 151st Open.

That is the assurance of R&A CEO Martin Slumbers. 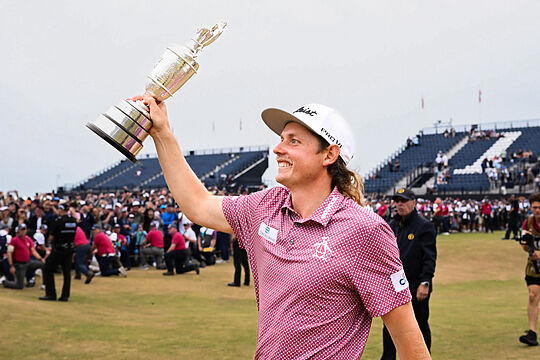 Back in July, Slumbers said they had no plans to ban LIV players saying: “Let me be clear. That is not on our agenda.”

Fast forward three months and the message from the Home of Golf-based ruling body remains the same said Slumbers in an article in Golf Digest magazine.

“We’ll go public in January/February with what we are going to do with regard to LIV golfers. But if you want a guide, go back to what I said in July. We’re not banning anyone. We are not going to betray 150 years of history and have the Open not be open.”

“What we will do is ensure that there are appropriate pathways and ways to qualify. I’m looking forward to seeing Cam Smith tee up around 9:40 a.m. on the first day of the Open next year. The Open needs to set itself aside from what’s going in terms of disagreements and make sure we stay true to our principle, which is to have the best players in the world competing.”

Smith, the current Champion Golfer of the Year, is now a member of the Greg Norman-led circuit backed by the Saudi Arabia Public Investment Fund.

At St. Andrews earlier this year, Norman was excluded from the Champions Challenge and Champions dinner and after turning down invitations in 2000, 2005, 2010 and also 2015.

“With everything that was going on, it was clear to me that there was a reason why he wanted to be there this year,” Slumbers said. “If he had been there, it would have been about noise. The Open has to be distinct from all that. I didn’t want to have noise between two rival tours and two big personalities. It would have overshadowed what was happening that week.”

“I wanted the 150th Open to be special and perfect. I didn’t want other issues going on around it, ones that would have undermined it in the eyes of the public. I was very polite and very deferential to Greg. I asked him to understand my perspective. And I did so privately. I did not make it public. I never said anything and never commented on it.”

“That week was supposed to be about the first event in our game’s history reaching its 150th playing. On arguably the greatest course in the world. I was never going to lose focus on that.”

In regards to our fractured game, Slumbers understands the consequences of splitting the talent pool.

“To me, this is not about ‘them and us.’ I have no issue with the players. People play for a living. I note that Saudi Arabia wants to invest a lot of money in the game I love and care about,” he said. “That’s a good thing. But I want to preserve the pathways and meritocracy on which our game is built. Sport without that isn’t sport. So I want to make sure we have the best players competing week in and week out.”

“If the game is not played with high value and respect, I have no chance to grow the game. Maybe the consequence of where we are is that we only get to see all of the very best players together four times a year.”

Strong and conciliatory-like words from Slumbers and I’m just wondering if Jay Monahan also noted what he said?