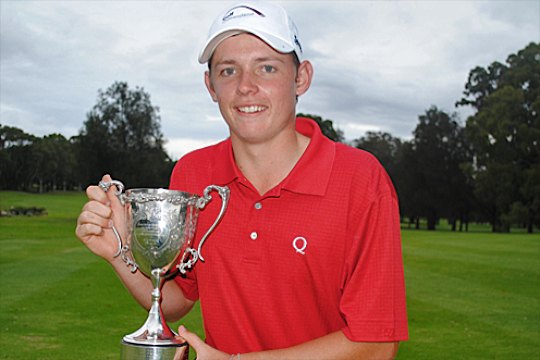 “Adam and Jason are doing really well so it would be awesome be where they are.”

“My goal is just to keep improving and keep working on my game,” Smith said.

Fellow National Squad member Jake Higginbottom (NSW) finished runner up with a final round 1-under par 71 to be at 1-under for the championship.

Queensland’s Kade McBride and NSW’s Adrian Lee finished in a tie for third place at 4-over par, five strokes behind Higginbottom.

Oliver Goss (WA) and Jordan McCarthy (QLD) finished tied for fifth at 5-over par. McCarthy was paired with Higginbottom and Smith.

Victorian Ben Eccles carded a final round 1-over par 73 to share seventh place with Ricky Kato (NSW) at 6-over.