Elvis Smylie has won the Keperra Bowl on the back of an impressive final round 66 to overtake 54-hole leader Josh Armstrong for a two stroke victory finishing the championship at 16-under-par.

Smylie carded six birdies and no bogeys enroute to his second major national title after winning the 2019 Australian Boys Championship back in April at his home course in Southport. 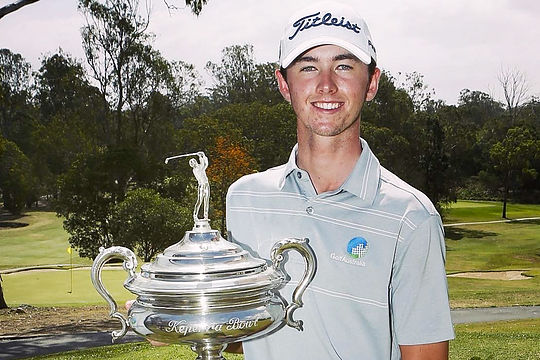 Low scoring around the 6,082 metre, par 72 layout tends to dominate this event and this year was no different. Players take advantage of Keperra’s reachable par-5′s, and that is exactly what Smylie did.

Dylan Gardner fired a 65 for the day’s low round to finish outright second at 14-under par, a shot ahead of Armstrong who finished with a 71 and New South Welshman Nathan Barbieri at 13-under.

The next main event on the national amateur front will be the Port Phillip Open Amateur starting 14 September.

Both the Federal Amateur and the City of Sydney events have been cancelled in a worrying trend of national events that have recently dropped off the calendar, in turn limiting the chances for our elite amateurs to set a decent schedule on the home front.