Elvis Smylie and Hye Park have taken out the Australian Junior Championships in Queensland with Park securing a seven shot victory shooting rounds of 65-73-70, including a first-round course record, and earning an exemption into next year’s Women’s Australian Open.

Park, 15-years-old, started the day with a three-shot buffer over Auckland’s Fiona Xu and never let the rest of the field in. 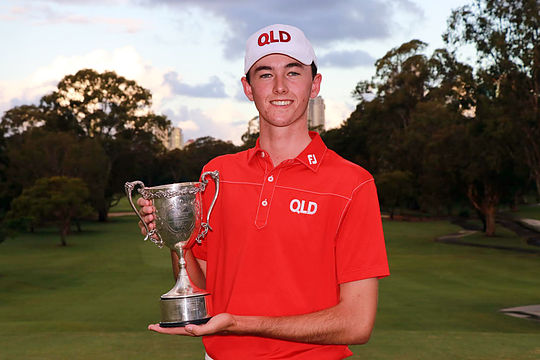 By the turn, Park, who enjoyed the benefit of playing on her local layout, lead the field by five. Then the weather came in forcing organisers to reduce the championship to 54-holes.

When play resumed Park was dominant, signing for a closing three-under-par 70 round for a seven shot margin over Xu who was joined in second place by Queenslander Lion Higo.

Smylie also took full advantage of his home course especially during the final day shooting a 3rd round 63 after starting one behind overnight leaders Harrison Crowe and Kazuma Kobori to break away from the field.

The home win also secures Smylie a spot in the men’s Australian Open at The Australian Golf Club in November and the IMG Academy Junior World Championships in July in California.

“I was able to hold my nerve and holed a good couple of putts coming down the stretch,” said Smylie.

“I love the support from everyone at Southport and I’m really lucky to be surrounded by people like that.”

Smylie’s win capped off a solid week for Queensland Golf with both titles falling into hands of locals and with minor placings also falling their way.