Smyth secures first win as a pro at Yeangder TPC

Following a near-miss at the International Series England in June, Australia’s Travis Smyth has finally got over the line for his first victory as a pro at the Yeangder TPC at Linkou International Golf and Country Club in Taipei.

The New South Welshman had previously won the Northern Territory PGA Championship in 2017 on the Australasian PGA Tour but was still was an amateur at the time. 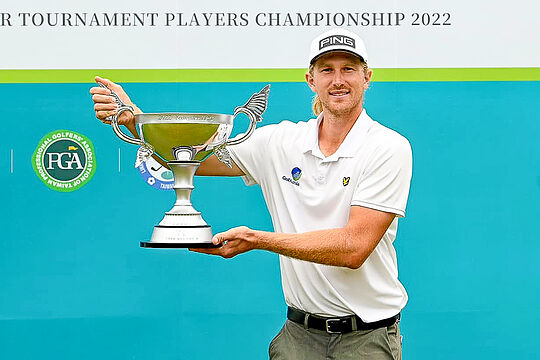 The 27-year-old signed for an opening 68 and 69 to move into the weekend in a share of 8th place. A 66 on Saturday saw him take a one shot lead over Taiwan’s Lee Chieh-po before another 66, which included a double-bogey at the 15th, cemented his place atop the leaderboard for a two-stroke win on 19-under.

“I got so close, I felt like I let it go in England and to play some LIV events, feel what it’s like there, I just want to get back. I want to be the player that I believe I can be, and winning this week is one step along the journey.”