Starting the final round three shots clear of the field, Snedeker showed his dominance firing rounds of 69, 65, 70, 68 to win the title by nine shots.

“I couldn’t have asked for a better start to the day. I birdied the first hole out of the gate,” said Snedeker.

“Being 3-under after the first six it all kind of went my way and I hit quality golf shots. I just never really let up.”

Following a successful fortnight Snedeker is eyeing a Major Championship, believing his Fiji experience will help him achieve his next career goal.

“It’s been a pretty good two weeks; it would be good if I had a tournament next week. But the week off will be good, it will give me some time to rest and get my mind right,” added Snedeker.

While Snedeker will celebrate by returning to his honeymoon destination in Fiji, he still plans on finding time to text his mate and 2015 Fiji International champion Matt Kuchar. 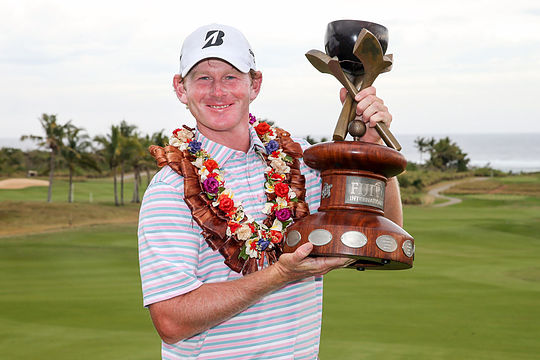 “I will definitely send Matt a text when I get off the golf course to let him know that I won,” added Snedeker. “I don’t think he won by nine like I did this year so; I will make sure he knows that.”

While Snedeker was well out in front, the rest of the field were battling for second place.

New Zealander Michael Hendry recorded an even par round to finish the Fiji International outright second on 7-under the card.

With this runner-up finish Michael Hendry has overtaken Matthew Griffin on the ISPS HANDA PGA Tour of Australasia Order of Merit. He leads by just AU$1,200.74.

Local hero Vijay Singh finished on 2-under the card and tied 21st.