Brandt Snedeker is tied for the lead with Justin Rose after the third round of the PGA Tour Championship.

Rose is 8-under par after shooting a round of 68, but Snedeker put himself into contention in Atlanta after a superb round of 64. 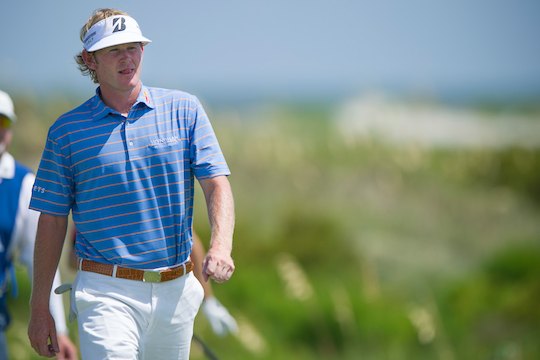 “It was probably one of the best rounds I’ve played this year,” said Snedeker.

“I drove it fantastic. Hit a lot of quality iron shots, and putted actually okay.”

“To hit 17, 18 greens, in this wind on the golf course, you’re striking your ball pretty good. I’m very excited about the standings going into tomorrow.”

Snedeker, who led this year’s Open Championship at the halfway mark before eventually taking a share of third place, is one of five players, who are in with a chance of taking the US$10m bonus with victory in Atlanta.

The others are Rory McIlroy, Tiger Woods, Phil Mickelson and Nick Watney.

McIlroy is three shots behind the leaders after a two-under round of 68, level with Bubba Watson and overnight leader Jim Furyk.

McIlroy, who has won three of his last four tournaments, remains optimistic about is chances but knows that he needs to pull off another low round.

“It’s one of those courses where I don’t think anyone is really going that low. I might need one and hopefully I have saved it for the last day.”

Tiger Woods, the only two-time winner of the FedEx Cup, hit only six of 14 fairways but made some crucial up-and-downs to keep the momentum going and fired a 67.

Woods is in a tie for seventh, four adrift of the leaders yet believes he’s still in with a chance despite a poor second round.

“I’ve done it before,” Woods said when asked how he was able to come back from his 73 in the second round and remain confident.

“I’ve been out here a long time, and you just claw your way back into it, and usually I’ll take a round in the 60s.”

Adam Scott fired an even par-70 to be in a tie for 16th position at 1-over-par, nine back from the leaders.

John Senden to two behind Scott at 3-over-par with his third round 3-over-par, 73, dropping him back to a share of 22nd.