The 39-year-old carded a 1-over 73 to defeat a trio of players including Renato Paratore, Christofer Blomstrand and amateur Allen John by a stroke.

DeChambeau, who had lead or co-lead across the first three days, went into the final round sharing the lead alongside Richard McEvoy.

However things quickly turned sour with bogeys at the 4th and 5th holes but it was the closing nine that saw the pressure taking its toll with back-to-back bogeys on the par 5 15th and 16th holes followed by a triple bogey at the 18th. 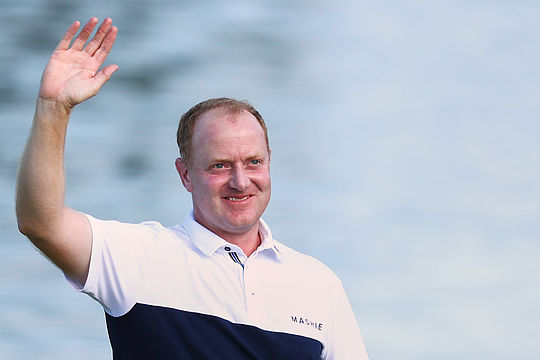 Understandably, DeChambeau was taken to task on social media for his seemingly unsportsman-like conduct.

“Has to be said, as far as classless handshakes go, that was a good’n!,”said Eddie Pepperell, who finished T6 at last week’s Open Championship.

“Just seen DeChambeau’s reaction at the end of Porsche Open. Fair enough, he was upset. But he showed absolutely no class. Well done McEvoy,” said the Daily Telegraph’s James Corrigan.

A cheque for € 333,330 will help soften the blow for McEvoy and he can enjoy his career-changing victory.

“A lot of hard work, a lot of bad years, a lot of good years but it’s never quite happened and it was my time on that 18th green today.”

“I fought hard, I believed, and even at the last I overpowered my caddie to lay it up to give myself the best opportunity to make birdie and I managed to do it.

Scott Hend finished the best of the Australians in a tie for 19th following a closing 75. Hend had been well in contention following opening rounds of 68, 71 and 69.

Lucas Herbert turned around a rollercoaster week with an impressive 4-under 68 to finish T29 while Andrew Dodt finished T54 at 1-over for the week.