The in-form Grace posted a three-under par 69 to finish on 14-under, two shots clear of Spaniard Rafa Cabrera-Bello and Dane Thorbjørn Olesen, who closed with rounds of 70 and 71 respectively. 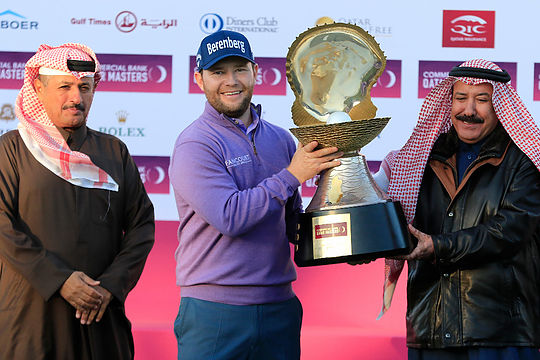 Having started the day two shots behind Paul Lawrie who faltered on the final day, Grace patiently made progress in windy conditions, holding off his rivals with a flawless back nine to capture his seventh European Tour title and force his way into the top 10 in the Official World Golf Rankings.

“I’m pretty much at a loss for words. It’s a big thing to come to a week defending, you’ve got a lot more pressure and a lot more things going on,” Grace said,

“To get the first proper defence under the belt is something great, and something I’ve been dreaming of. I enjoy tough conditions. I’m a grinder, and the patience was a big key. I really had to grind it out and let it happen.”

Grace held a one-stroke lead heading to the par-five 18th, a hole that can yield an eagle or double bogey in the blink of an eye. However, the aggressive Grace couldn’t have played the hole any better, flushing a three iron to the heart of the green in two to seal the result.

“I had to take it on, and I would put that down as the best swing of the week. A three-iron is not the easiest club in the bag to hit, and I just flushed it straight at the middle of the green and that took care of the rest.”

Australian PGA champion Nathan Holman was the best of the Australian contingent who made the weekend action, finishing at three-under in a tied for 35th. Brett Rumford tied for 48th place at one-under, ahead of Andrew Dodt and Marcus Fraser who both finished at two-over par in a tie for 59th.