The 2016 Rio Olympics are quickly turning “Exodus” as far as golfers are concerned.

Hot on the heels of Aussie Adam Scott’s withdrawal from the Games in a few weeks’ time comes news that South Africa has lost not one, but probably its two biggest drawcards in major champions Charl Schwartzel and Louis Oosthuizen, who have both withdrawn. 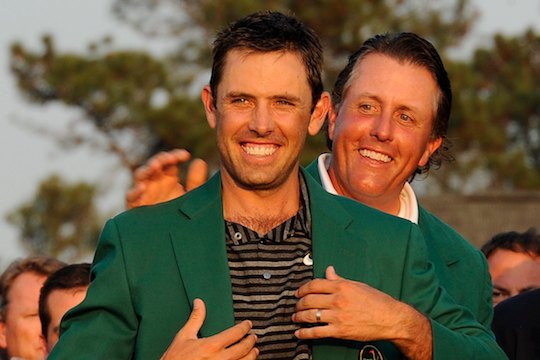 Of course veteran Fijian Vijay Singh withdrew as well last month, making that four major champions who have shown no interest in chasing a gold medal in golf’s return as an Olympic sport after a 112-year absence.

That suggests golf might not have a long-term future as an Olympic sport, unless changes are made.

Among those to express their disappointment was South African golfing icon Gary Player, who said he was sad that two of his country’s biggest golf heroes would not be there.

“I was really sorry to hear that Louis Oosthuizen and Charl Schwartzel have withdrawn their names from consideration.

“Golf is one of the most popular sports in the world and our best players should be showcased on the biggest stage in sports.”

Certainly Schwartzel, who won the US Masters in 2011 was a leading contender for a spot in South Africa’s team after Oosthuizen withdrew for “family and scheduling issues.”

That leaves recent US PGA Tour winner Branden Grace and world No. 59 Jaco Van Zyl as South Africa’s likely representatives in the team for the Games.

Adam Scott blamed a heavy schedule that includes three majors in seven weeks before the Olympics and “other commitments — professional and personal”.

Each country is allowed no more than two players until the field for Rio reaches its limit of 60.

Countries are allowed up to four players if they are ranked in the top 15 of the world ranking by July 11.

At this stage Australia’s team looks likely to be world No 1 Jason Day and out next-ranked Aussie Marc Leishman, ranked No 35 in the world.

Golf will be played this year and certainly in 2020 in Tokyo but a vote in 2017 will determine if the game stays on as an Olympic sport beyond 2020.