Scott Hend has secured another top-10 finish on the European Tour with a share of 8th position at the Tenerife Open in Spain, finishing nine shots short of eventual leader South African Dean Burmester, who carded a final round 62 to finish at 25-under-par.

Hend has 18 top-10 finishes on the European Tour in his career, including three wins, all of which were in Asia with his last victory at the 2019 Maybank Championship, beating Nacho Elvira in a play-off. 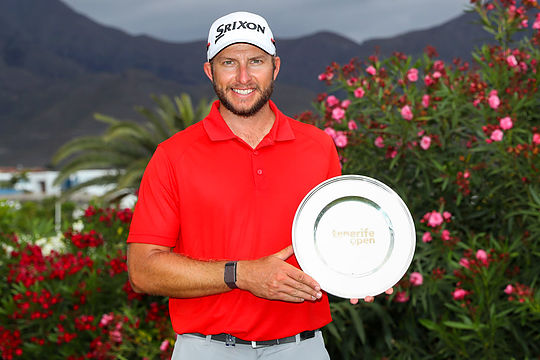 It was Burmester’s first win in four years, having secured a victory at the co-sanctioned Tshwane Open in 2017.

The South African entered the day at Golf Costa Adeje a shot behind the overnight leader, but came out strong early taking the lead by the seventh hole and maintaining his momentum moving to 25 under and holding off the challenge of Germany’s Nicolai Von Dellingshausen, Poland’s Adrian Meronk and Finland’s Kalle Samooja.

“I think any time you can make your game travel, you’re achieving great things, so I’m ecstatic to win here,” said Burmester.

“I’d obviously love to get in that top 100 in the world, it’s quite lucrative, a lot of things happen when you get into that top 100 so if I can get back there I’ll be very excited.”

“Hopefully I can go from strength to strength now and that’ll be my plan, I won’t stop working hard and trying to get better.”

Maverick Antcliff finished at 10-under and in a share of 42nd position with Jake McLeod finishing at 1-under and a share of 75th to be the last of the Australians to make the weekend.

The European Tour remains in Spain for the third week with the Canary Islands Championship commencing on Thursday at the same layout where Hend is entered.

Austin Bautista has also secured another invitation this week having a fortnight ago recorded a top-10 finish at the Austrian Golf Open. Maverick Antcliff will join Jake McLeod in the field.