Reto shot a 4-under-par 67 in the final round to card a 19-under total and setting a course record 62 in her first round. Reto’s previous best finish was a third place at the Yokohama Tire LPGA Classic in her rookie year back in 2014. 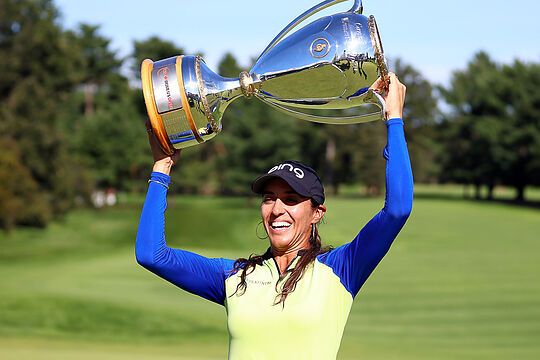 “I was trying not to watch the leaderboard. I sort of knew where the girls in my group were, so I was just trying to make sure I stayed with them or maybe one or two ahead.”

This was Reto’s 157th LPGA start and in the process she becomes the fourth South African winner on the LPGA Tour, following Sally Little, Lee-Anne Pace and recent Women’s British Open champion, Ashleigh Buhai. Reto pocketed the US$352,500 winner’s share of the $2.35 USD million purse, one of the largest for a non-major on the LPGA Tour.