The South Pacific Golf Open Championship officially starts the 2012-13 season of the PGA Tour of Australasia and is set to get underway this Thursday at the Tina Golf Course in Noumea, New Caledonia.

Sixty-three Australian and New Zealand touring professionals will tee it up alongside five local Professionals and twenty-four amateurs from the golf club. 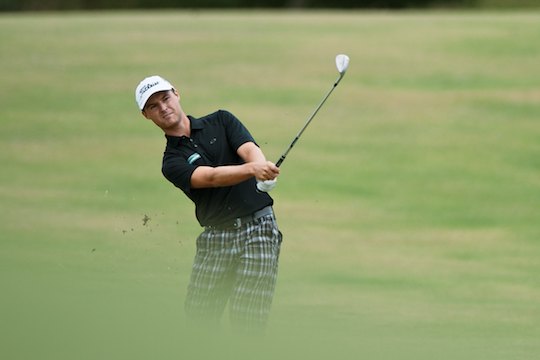 This is the second year the tournament is being played on the PGA Tour of Australasia, having grown substantially since its humble beginnings as a pro-am on the NSW/ACT Pro-Am Circuit.

Last year Matt Griffin recorded his second win as a professional and he enters this week as one of the gun players following his recent win on the OneAsia Tour.

“I have always enjoyed playing golf on the islands and I think it has a lot to do with a relaxed atmosphere,” said Griffin

“I go into the event with some form after my win last month on the OneAsia Tour and feel my game is still there. It’s a great feeling to return to be able to defend your title and hopefully I can make it back-to-back wins.”

Former PGA Tour winner Andre Stolz and US Open qualifier Anthony Summers are two players also hoping to get their Australian season off with a win with Stolz looking for his fourth PGA Tour of Australasia victory.

“I have really enjoyed playing New Cal the few times I’ve been there, it can be an incredibly tough test if it’s firm and fast and then also add some strong wind and you’ve got a battle on your hands,” says Stolz.

“I think the course really suits my game, I’m usually a good driver of the ball and I can control my ball in the wind. You need to do both these well to have a chance of winning at Tina so I’m looking forward to the challenge.”

After a successful start to the 2012 PGA Tour of Australasia season, which included consecutive runner up finishes at the Queensland PGA Championship and the NZ PGA Pro-Am Championship, Andrew Martin is a player looking for his breakthrough win this week.

“It’s been a good start to the year for me with the results I have had so far, I guess based on these I’m on the verge of a breakthrough win and I feel it can come at the South Pacific Open given the good shape my game is in,” said Martin.

“To get that first win as a Professional would just mean the world to me. I won a lot as an amateur and to finally put my name up there as a PGA Tour of Australasia Tour winner would just be unbelievable.”

The winner of the South Pacific Golf Open Championship will earn a spot into the Perth International, Australian Masters, New Zealand Open, Australian Open and the Australian PGA Championship, as well as Official World Golf Ranking points and the champion’s share of the AUD$120,000 prize purse.