The Melbourne Metropolitan Pennant Finals series will be contested this weekend across various venues with the Division 1 Men’s final seeing defending champions Yarra Yarra and Southern going head to head for the prized top-order flag at Royal Melbourne’s West course.

Yarra Yarra is seeking to win its 10th Division 1 flag following its 4&3 victory over Commonwealth last year which added to the club’s win in 2007. 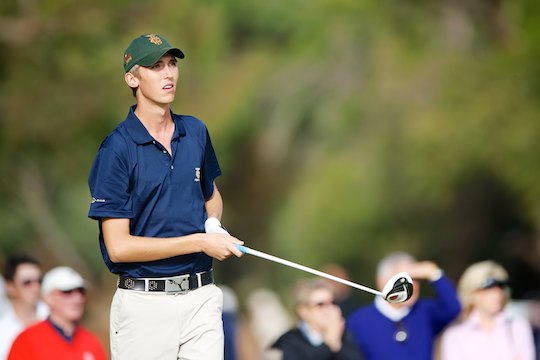 Both teams are battle hardened following a seven week season in arguably the strongest pennant series in the nation where forty-six clubs are separated into six divisions, the largest inter-club competition in Australia.

The Yarra Yarra line up is impressive and exhibits a wealth of experience as well as a number of players in their 2012 winning side.

McDonald secured a vital 4th round win over Waverley’s Brady Watt to give Yarra Yarra a 4&3 win, whilst Mc Call has played pivotal roles with a 1st round 1-up win over Lukas Michel from Metropolitan which got Yarra Yarra narrowly across the line with a 4&3 win.

Arguably Yarra Yarra will have the upper hand on Sunday against Southern as when the teams last met in Round 6, Yarra Yarra secured a 4&3 victory.

This was the only defeat for Southern in the series after solid wins over Waverley, Sanctuary Lakes, and Woodlands.

With the relegation format Waverley, the 2010 champions, and Sanctuary Lakes will move to Division 2 for the 2014 season with Cheltenham and Victoria are promoted to Division 1 and contesting this weekend for the Division 2 flag.