Spieth, who has never previously travelled to Australia, will join World No. 1 and defending champion, Rory McIlroy along with Australian and former Masters champion, Adam Scott competing in the event taking place from November 27th to 30th at The Australian Golf Club. 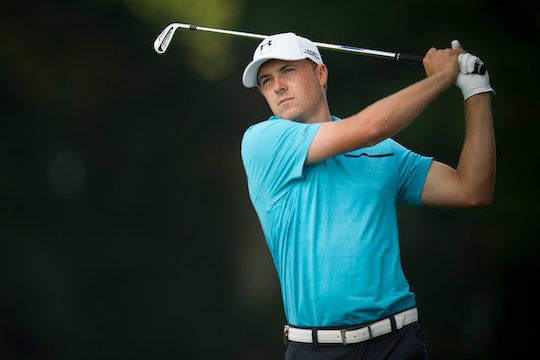 The 21-year old Dallas-born golfer confirmed his participation in the event ahead of day two of the second of the PGA Tour’s Play-Off Series events – the $8m Deutsche Bank Championship at TPC Boston.

“I’m extremely excited to be going to Australia as I’ve always wanted to go given my instructor comes from Melbourne plus there’s a lot of Australian players on Tour saying how great their country is,” said Spieth.

“So the fact it has worked out with my scheduling is awesome.”

“I’ve heard Sydney is a great place, and never having been to Sydney before it’s going to be a great experience and I’m going to see as much as I can.”

“I’ve also heard the golf course, The Australian, is incredible and top three in Sydney, and maybe in the whole of Australia, so I’m looking forward to getting down there.”

Spieth turned pro in December 2102 and seven months later, and in his 16th PGA Tour event, he captured the John Deere Classic before finishing fourth in the Deutsche Bank Championship and second a fortnight later in the season-ending Tour Championship.

The effort was good enough to earn him a place in the eventual victorious USA Presidents Cup side while Spieth was named 2013 – PGA Tour Rookie of the Year.

In his first event of 2014, the Tournament of Champions in Hawaii, Spieth also finished second while in April, and in his first Masters appearance Spieth finished joint runner-up to double Augusta National winning Bubba Watson.

Spieth already in just 23 events on the PGA Tour has earned $US 3.87m in prize money and has established himself as a serious rival to McIlroy.

Next month Spieth will make his USA Team Ryder Cup debut having qualified automatically for Tom Watson’s side.

“I know when I do go to Sydney everybody will be rooting for the Aussies but in that setting it won’t be like it’s Aussies against everyone else as I am sure the crowds will be fantastic and supportive of guys like Rory and myself,” he said.

“So I am looking forward to it as any time I’m in a setting when I get a lot of backing and a ton of people supporting me and my group it only helps us and makes us feel where we want to be.”

“I also didn’t realise how great this year’s Australian Open field will be because along with Rory, Jason and Adam there’s a whole lot of other players competing on the PGA Tour who will also be playing in Sydney.”

“I remember also watching the finish of the event last year with Adam going for the ‘Triple Crown’ and just losing out to Rory on the very last hole, so that was really cool.”

“I know also when in Sydney I want to get out on a boat on the Harbour and also catch all the cliché places to visit.”